A.B. 257, the “Fast Food Accountability and Standards (FAST) Recovery Act,” would create a new regulatory scheme for California’s fast food restaurant industry (“limited-service restaurant” or LSR, to use Census terminology). This novel arrangement is ostensibly necessary because the limited-service restaurant industry is allegedly more prone to labor law violations than other industries. Yet a statement comparing working conditions in this industry to conditions in other industries was not included in the findings and declarations of the bill. In fact, no credible data have been presented to justify why the industry should be singled out for special regulatory attention and oversight. This report reviews the largest-possible scope of alleged wage and hour violations as recorded by the California Department of Industrial Relations (DIR), which operates under one of the most complex, extensive labor codes in the nation. Data on wage claims by industry recorded by the state Division of Labor Standards Enforcement (DLSE) are reviewed to compare the LSR industry to all others in the state. We also present DIR data covering more than 7,600 lawsuit outcomes under the Private Attorneys General Act (PAGA), California’s unique law providing for employees to directly sue employers for labor law violations. Key findings include: 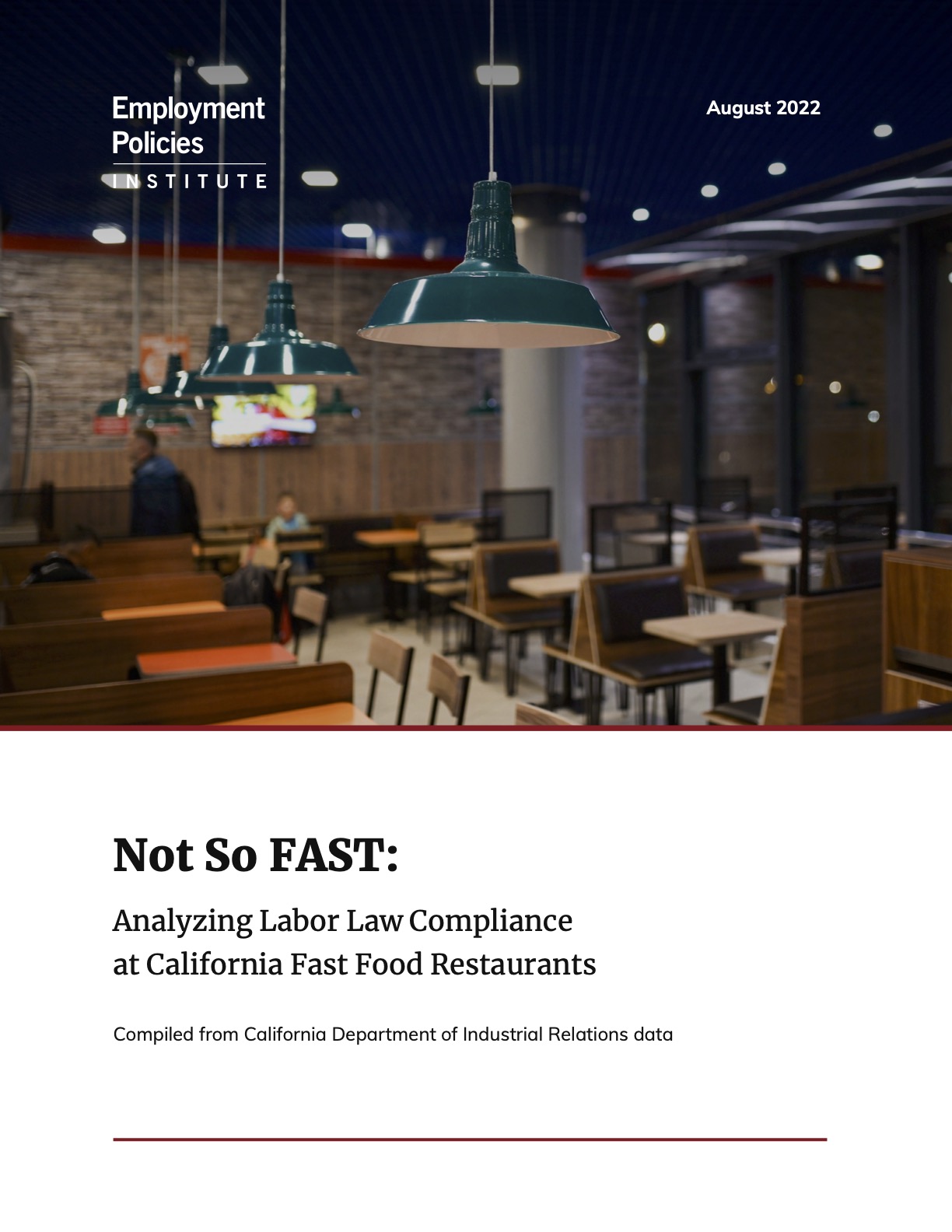