Across the nation, lawmakers continue to grapple with the viability and impact of increasing the minimum wage to $15 an hour. The debate has become heated and some states and cities have already enacted increases they believe will benefit workers. While the true impact of these increases is still being discovered, recent surveys of businesses, franchises and other groups suggest that such minimum wage raises may actually harm workers, resulting in fewer jobs, greater difficulty in younger workers finding employment and adoption of automation and other changes to offset the higher cost of labor. To better understand how US economists view the likely impact of raising the federal minimum wage to $15, an online survey of 197 US economists was conducted January 31, 2019 and February 19, 2019 by Dr. Lloyd Corder of CorCom Inc. A total of 916 individuals were invited to participate based primarily on a contact list maintained by the Institute for the Study of Labor. This survey has a response rate of 22 percent. The survey's key findings include: 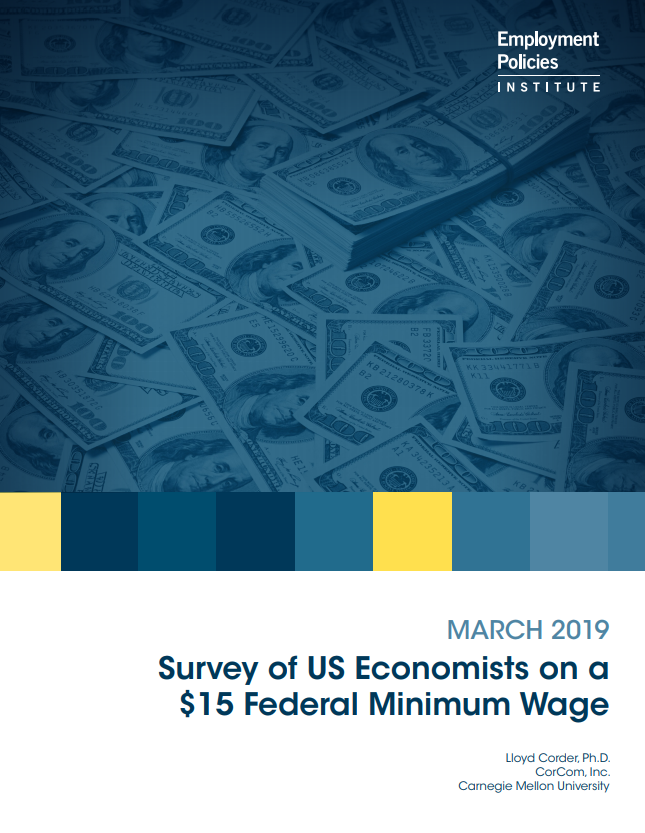