A Survey of US Economists on a $15 Federal Minimum Wage

Across the nation, lawmakers continue to grapple with the viability and impact of increasing the minimum wage to $15 an hour. The debate continues to be heated and some cities have already enacted increases they believe will benefit workers. While the impact of these increases is becoming more clear, recent surveys of businesses, franchises and other groups confirm that such minimum wage raises actually harms workers, resulting in fewer jobs, greater difficulty in younger workers finding employment and adoption of automation and other changes to offset the higher cost of labor. Many of these changes have been exacerbated by the pandemic, labor shortages and a mass exodus of some employees from the job market. Additionally, work environments have also changed with estimates as high as one-fourth of future jobs staying remote. To better understand how US economists view the likely impact of raising the federal minimum wage to $15, a survey of 160 economists was conducted in February 2022. Key Findings: 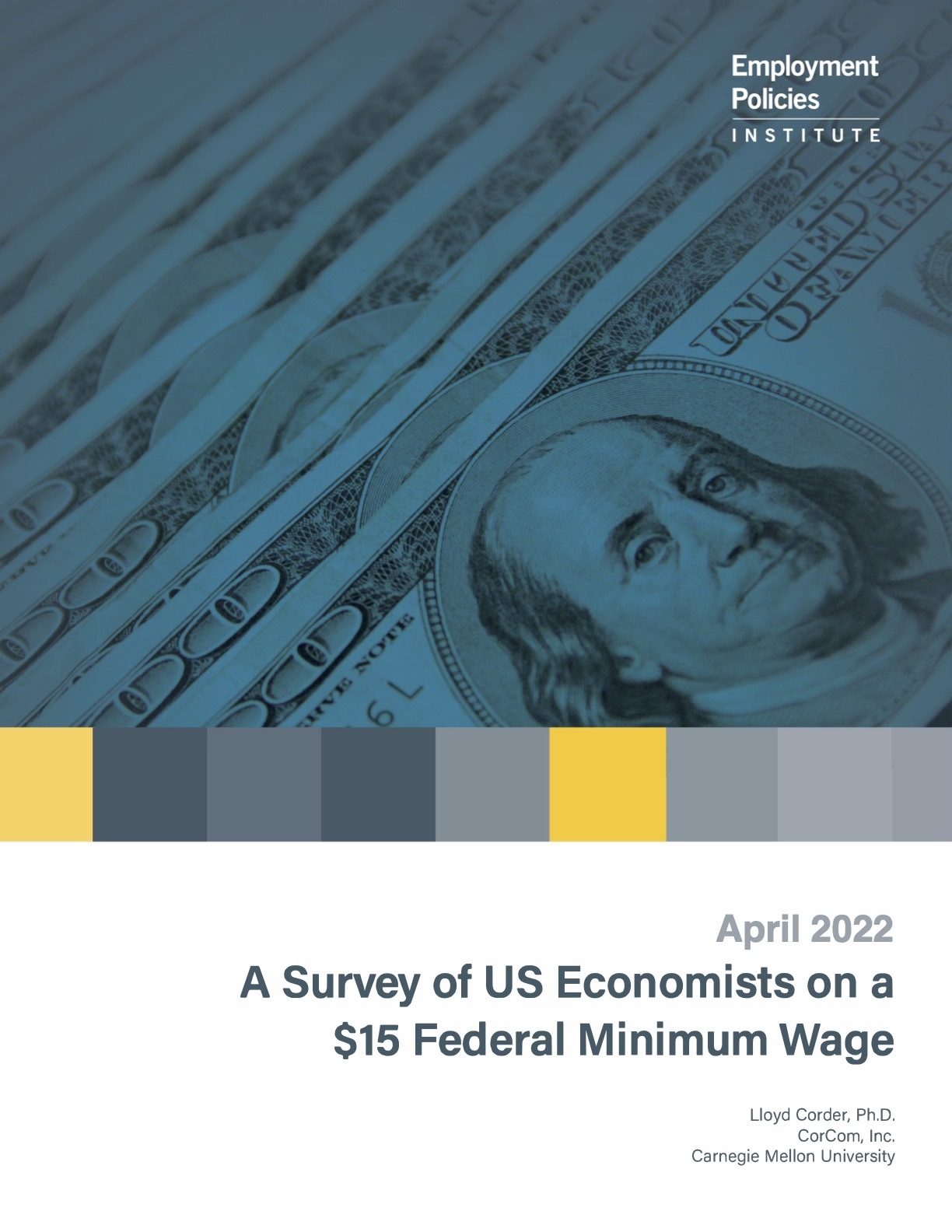