In December 2014, the Chicago City Council approved a law raising the city’s minimum wage by nearly 60 percent, to $13 an hour, by 2019. A press release from the office of Mayor Rahm Emanuel trumpeted the wage hike as a boon for the city. Small business owners were less sure, expressing concerns about the unintended consequences of labor cost increases that couldn’t be offset through higher prices. The first stage of the wage increase takes place on July 1st, when the wage floor rises just over 20 percent to $10 an hour. This survey, of 300 affected businesses in the city of Chicago, is intended to provide a first glance at planned reactions to this increase, and to future increases to come. While not representative of the city as a whole, the results suggest that proponents’ predictions of a pain-free transition to a higher wage floor may not reflect reality. 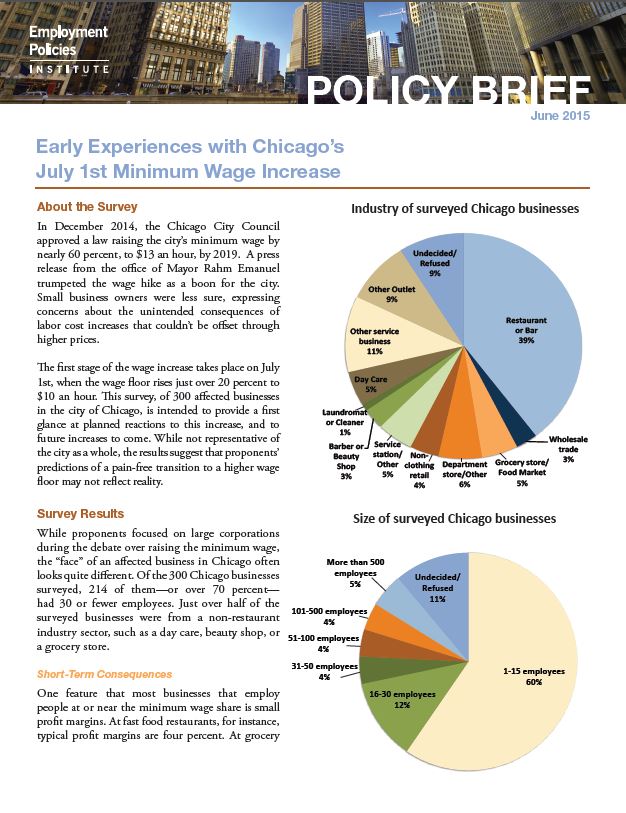