Examining the Impact on the Service Industry

The study, based on surveys of Seattle’s service industry employers affected by the law, finds that some businesses in the city have taken measures to adapt to the costs of the new paid leave law, which took effect just under a year ago. That includes raising prices, reducing staff opportunities, and scaling back on employee benefits. The study is based on a survey of 301 service-industry businesses in Seattle, 191 of which began providing paid leave in order to comply with the law. Over half (56%) said the law would increase their costs, with more than one in four reporting a large increase in the cost of doing business. Overall, one in five surveyed businesses reported taking at least one cost-saving or revenue-increasing measure. Specifically, 15.7 percent raised prices; 18.3 percent reduced hours or cut jobs; and 17.3 percent either required employees to pay more for benefits or eliminated benefits altogether. Notably, over 80 percent of surveyed businesses said that sickness in the workplace was not a problem prior to the law’s passage. One-third of surveyed businesses anticipated that the law would increase unscheduled absences that may not be connected to any illness. 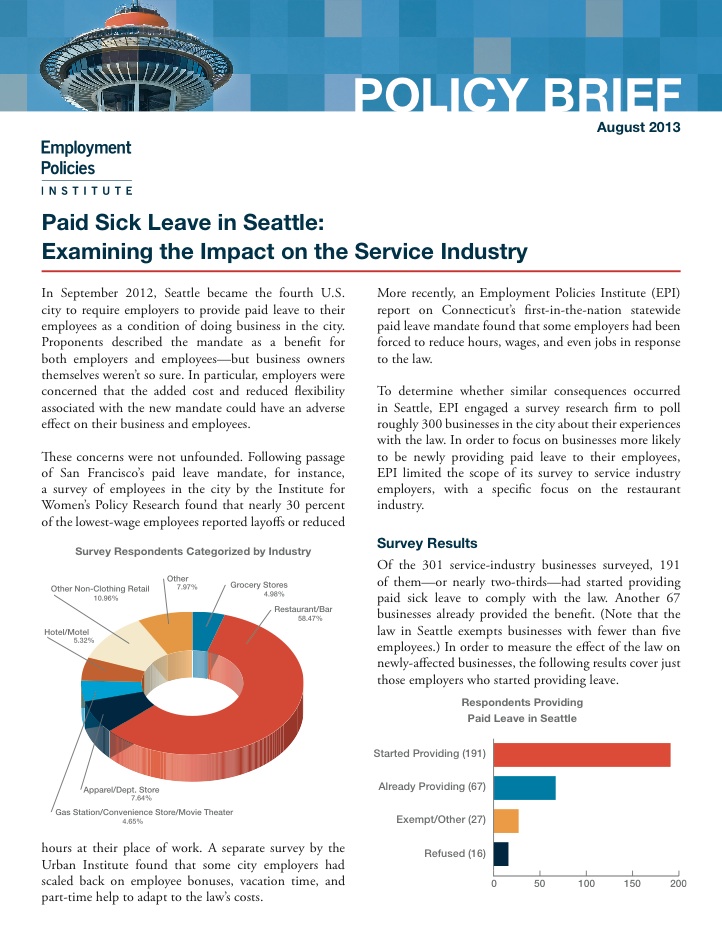