Should Florida Fight For $15?

Across the nation, lawmakers continue to grapple with the viability and impact of increasing the minimum wage to $15 an hour. Last year, the Florida state legislature took up the measure in Senate Bill 6 and House Bill 109, that would begin raising the $8.10 rate, beginning in January 2017. A ballot measure for 2018 or 2020 has also been discussed. What is the potential impact of raising the minimum wage to $15 in Florida? To better understand how this change would impact companies who have hourly staff, a state-wide telephone survey was conducted with 306 business owners and managers in July and August 2017. The results of this survey reveal that many of these businesses would be adversely impacted by such an increase: In summary, while an increase in the minimum wage may appear to benefit workers, it will not be easily absorbed by businesses. This, coupled with the expected response from businesses who employ hourly and part-time staff, suggests that Florida should brace for a significant, negative economic impact if minimum wage laws are enacted. 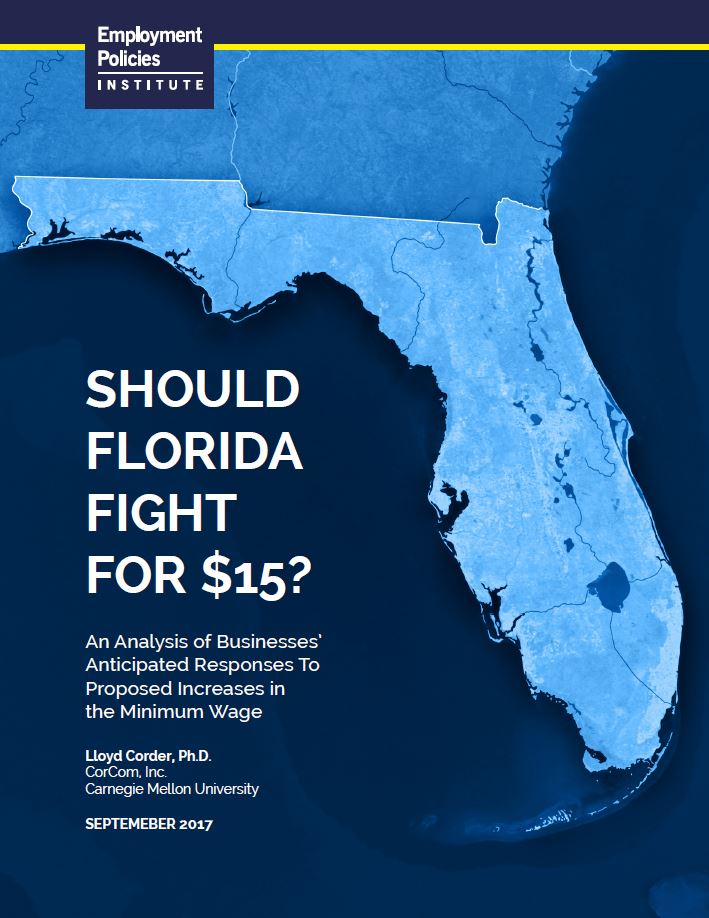