Survey of Economists on the Impact of the FAST Recovery Act

To better understand economists’ views of the potential impacts of adopting California’s Fast Food Accountability and Standards Recovery Act (AB 257) on the fast-food restaurant industry, a survey of U.S. economists was conducted in August 2022. Conducted by Dr. Lloyd Corder of CorCom, Inc., Carnegie Mellon and the University of Pittsburgh, the online survey was sent to a list of 658 economists. The survey was completed by 67 U.S. economists, for a response rate of 10%. Responding economists specialized primarily in labor (69%), and identified their political affiliation as Independent (56%), Democrat (18%), Republican (16%) or Other (10%). Key findings include: A strong majority of economists (83%) oppose the adoption of the FAST Recovery Act (somewhat, 12%; strongly 71%). Most (84%) agree that the law’s proposed 13-member state council—and up to 82 local-level councils—that sets wage and labor standards would have a negative impact on the fast-food restaurant industry’s growth in California (negative, 32%; very negative, 52%). Nine-in-ten (89%) think there will be price inflation if the law’s 13-member council sets wage and labor standards for fast-food restaurants (moderate, 60%; significant, 29%). Eighty-seven percent think the impact on growth and hiring will be negative (negative, 39%; very negative, 48%). Most (87%) think if similar laws were adopted in other states or nationally, it would have a negative impact on the total number of jobs in the fast-food restaurant industry (negative, 48%; very negative, 39%). 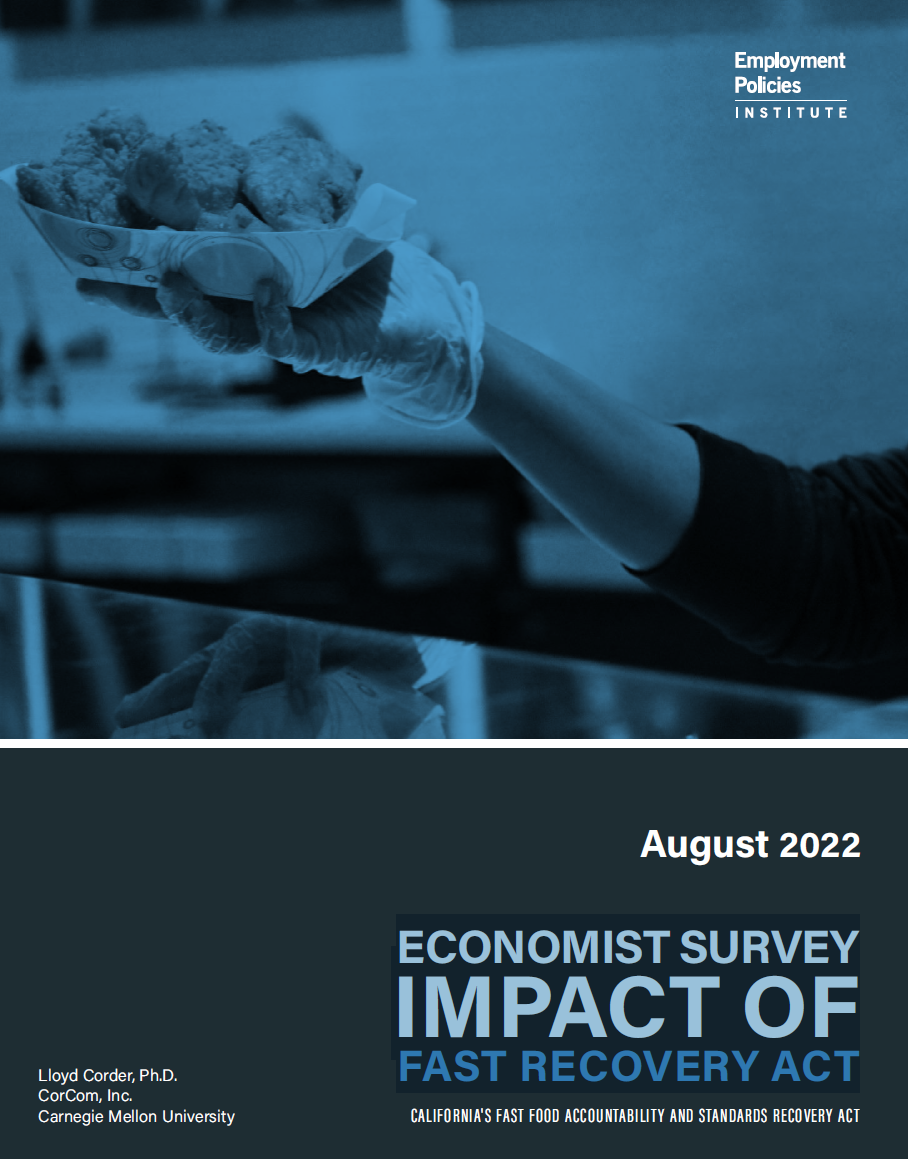