Home » Studies » The Case for the Tip Credit

The Case for the Tip Credit

From Workers, Employers, and Research

The tipping system provides substantial earning opportunities for workers across many industries, especially restaurant servers and bartenders – well beyond the current minimum wage, and even beyond the proposed $15 minimum wage. Saving the tip credit is a worker-organized, bipartisan issue. Thousands of tipped workers across the country have pushed to save the tip credit, against the infringement of outside interests and activists. Yet, interest groups’ attempts to change this system by eliminating the tip credit have reached the national stage. The Raise the Wage Act of 2021 would phase out the tip credit for employers nationwide, and set the tipped wage to more than $15 per hour by 2027, a 604 percent increase. Eliminating the tip credit would have drastic negative economic impacts on America’s restaurant servers and bartenders. This brief provides a comprehensive analysis of workers’, restaurants’, and economists’ view of the merits of maintaining the tip credit over non-tipping alternatives, including: 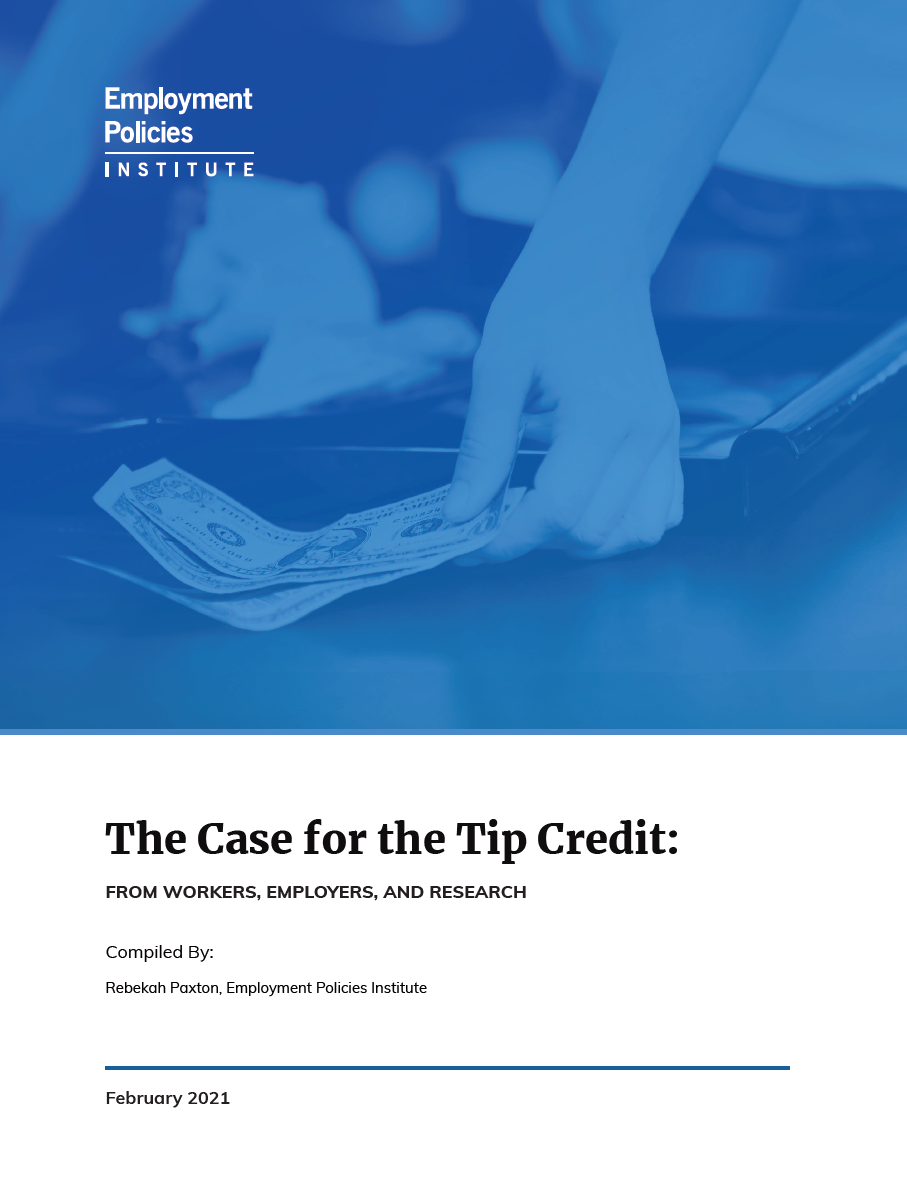