Key takeaway: According to a new study by economists from the University of California, Irvine, tipped workers are significantly less likely to be poor than are standard minimum wage earners. Tipped workers, many of whom are in the food and beverage service industry, have lower statutory minimum wages than other workers (under federal and most state laws). However, the lower minimum wages for tipped workers are not “subminimum wages.” Employers can only pay an hourly cash wage lower than the standard minimum wage if they can demonstrate that the sum of the cash wage and tips equals at least the standard minimum wage. Under federal law, for example, all regularly tipped workers must earn at least $7.25 per hour combining cash wages and tips – the same as the minimum wage for non-tipped workers. Restaurant servers and bartenders make $14 per hour on average, and the highest percentile make $24 or more per hour. Neumark and Yen’s analysis utilizes Current Population Survey data for the years 2010 to 2019, on hourly wages of hourly-paid workers (March-June Monthly Outgoing Rotation Group files) and income-to-needs ratios calculated from March Annual Social and Economic Supplement. The study reaches several important conclusions. First, tipped restaurant workers are roughly 40 percent (6.4 percentage points) less likely to be below the poverty line than other hourly workers who earn the federal minimum wage or less, and 5 percentage points less likely to be categorized as “extremely” poor. Second, hourly-paid tipped workers more closely resemble the cohort of workers earning up to 150 percent of the minimum wage, than they resemble minimum wage workers. Finally, as a result, elimination of the federal tip credit is less likely to help poor families than just increasing the regular minimum wage while maintaining the tip credit. Other research already confirms that the general minimum wage is an ineffective anti-poverty policy. This new study shows that eliminating the tip credit would be even less effective. 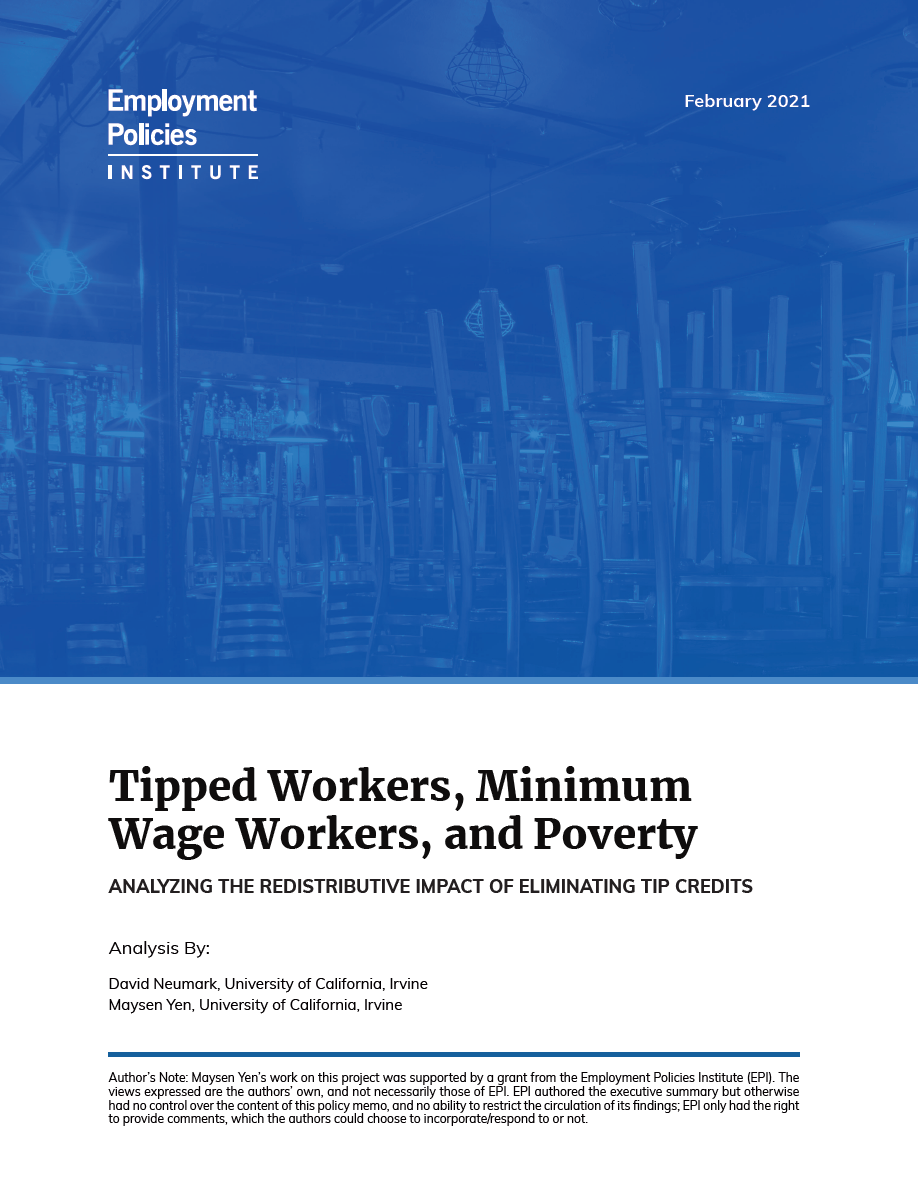