Anticipated Business Reactions to a $15 Minimum Wage in Washington, D.C.

This report features the results of survey of 100 Washington, D.C. businesses that would be affected by the $15 minimum wage proposed by Mayor Muriel Bowser. The survey, conducted between May 6 and May 19, 2016, asked D.C. employers about their experiences with recently-enacted minimum wage increases in the District, as well as their reactions to the proposed $15 requirement. (The Mayor has also proposed raising the base wage for tipped employees by 171 percent to $7.50 an hour.) Over 80 percent of the surveyed businesses had 30 or fewer employees; the heaviest concentration of respondents came from Wards 1, 2, 3, 4, and 6. Over half of surveyed businesses reported that 50 percent or less of their affected staff members reside in D.C.; one in three businesses reported that fewer than 20 percent of their affected staff reside in D.C. Among the key findings from the survey: 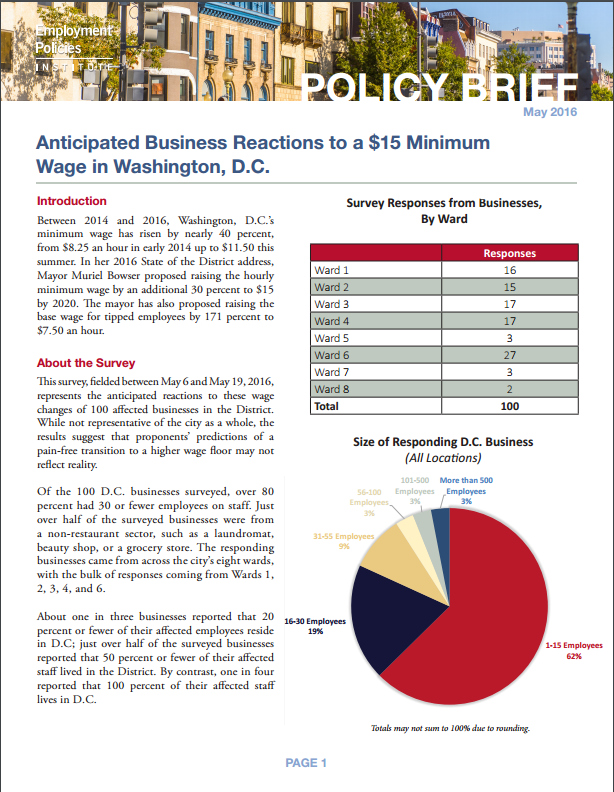