Can Raising the Minimum Wage Reduce Poverty and Hardship?

In 2011, the Census Bureau reported that the country’s poverty rate was 15.1 percent—the highest rate in nearly 20 years. One policy prescription for this problem is an increase in the federal minimum wage. It’s an intuitive thought: Raise the wages of the lowest paid workers, and poverty rates are sure to fall. Unfortunately, the empirical evidence hasn’t borne this out. Instead, multiple studies have demonstrated little to no relationship between a higher minimum wage and reductions in poverty. Economists have identified three confounding factors: First, many people living in poverty don’t work and thus cannot benefit from a higher wage; second, a large number of minimum wage earners are not living in poor families; finally, raising the minimum wage can have the unintended consequence of reducing demand for the least-skilled employees. But in the debate over the minimum wage, this evidence on poverty is often discarded in favor of powerful claims about families in hardship. For instance, when then-Senator Obama was campaigning for President, he called for a minimum wage increase so that minimum wage earners can “pay for basic needs such as food, transportation, and housing—things so many people take for granted.” In this unique study, economists Joseph Sabia of San Diego State University and Robert Nielsen of the University of Georgia endeavor to go beyond poverty rates and measure the impact of a higher minimum wage on various forms of hardship. Using data from the Census Bureau’s Survey of Income and Program Participation, they construct a number of measures of hardship, including the following: Across all measures, the authors find no statistically significant evidence that a higher minimum wage has helped reduce financial, housing, health, or food insecurity. This is true across all employees in general, and for smaller sub-sets of the less-educated and less-experienced. As one explanation of their findings, the authors show that over half (54.7 percent) of poor, less-educated individuals between ages 16 and 64 do not work. A similar percentage (53.6 percent) of individuals who report missing a rent or a mortgage payment do not work. Thus, many of the people policymakers are trying to help won’t benefit because they’re not working. Even among those who do work, the minimum wage appears to be poorly targeted. Nearly 87 percent of the wage earners who benefitted from the 40 percent increase in the federal minimum wage between 2007 and 2009 were not poor—56 percent lived in households with an income more than two times the poverty threshold, and one-third lived in households with an income more than three times the poverty level. As an alternative to a higher minimum wage, the authors find compelling evidence in favor of the Earned Income Tax Credit (EITC). Each one percent increase in a state supplement to the federal EITC reduces poverty rates by one percent. (It also provides an incentive to seek employment, since the credit can only be claimed on earned income.) Though the debate over the minimum wage is likely to continue, the evidence is clear that increasing the mini- mum wage is a poor way to reduce hardship for the targeted employees. Policymakers would be wise to consider other alternatives like an expansion of the EITC. 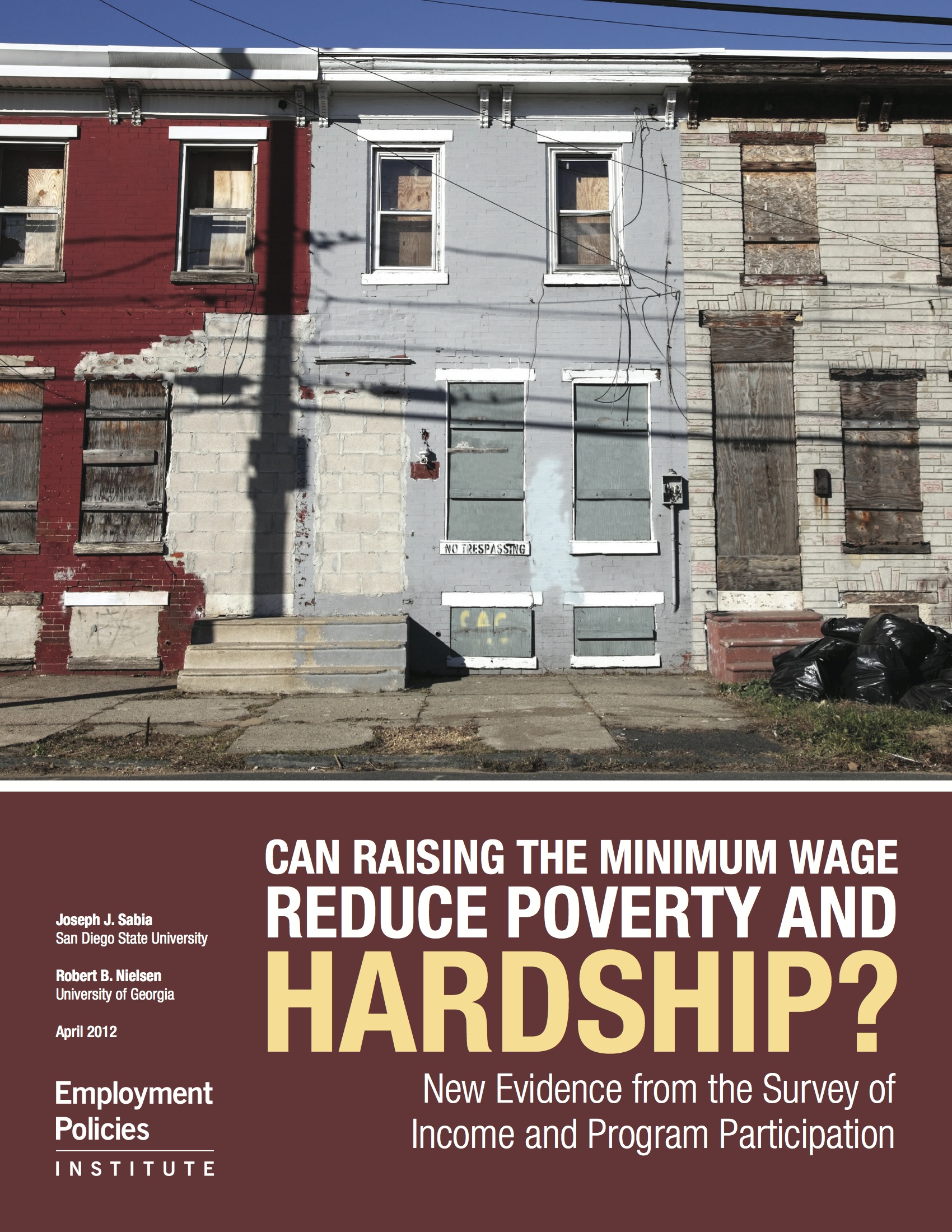