Evidence from San Francisco and other “Superstar” Cities

San Francisco is known as the City by the Bay, but for progressive advocates of wage and benefit mandates, it’s a city on a hill. San Francisco has the highest compensation floor in the country, with (in 2012) a $10.24 minimum wage, a mandatory health care expenditure of as much as $2.20 an hour, and one hour of mandatory paid sick time for every 30 hours worked. Left-leaning economists at the Institute for Research on Labor and Employment (IRLE) and the Center for Economic and Policy Research (CEPR) have argued that the city’s wage mandates have had few consequences other than raising employees’ wages, and promoted a higher minimum wage as a policy worth exporting elsewhere—such as cities like San Jose, CA. But new research calls into question the earlier consensus on the lack of consequences from San Francisco’s wage policy. In this study from economist Aaron Yelowitz of the University of Kentucky—who’s previously studied the impact of a citywide minimum wage in Santa Fe—a careful analysis of Census Bureau data finds that compensation mandates like those in San Francisco have caused a substantial reduction in both weeks and hours worked by young adults, as well as a significant increase in unemployment for this vulnerable group. Though touted as authoritative by advocates, the two earlier studies on San Francisco had shortcomings that cast doubt on their conclusions. For instance, both studies rely on data which only measures the total number of people employed at a business and doesn’t permit analysis of the hours and employment of directly-affected employees (e.g. teens.) Nearby suburbs of San Francisco are also used as a control group, instead of a broad range of metropolitan areas that possess employment markets more similar to San Francisco. This new study corrects the shortcomings present in the previous research. It uses the Census Bureau’s American Community Survey, which has detailed data on the labor market experiences of teens and other workers in urban areas. The study also compares San Francisco with other “Superstar” cities—a term popularized by an earlier academic study—with which it shares important urban characteristics instead of comparing it to nearby suburbs. The study results force younger employees are striking : Each one-dollar increase in a city’s compensation floor—via wage or benefit mandates—increases unemployment among this group by nearly 4.5 percentage points (with all else being equal). It also causes a 26-hour reduction in the number of hours worked per year, and a 2 percentage point drop in labor for participation. (These findings are robust to a number of different valuations of San Francisco’s paid benefit mandates.) Dr. Yelowitz’s study suggests that, though San Francisco considers itself a unique outpost of progressive thought, the laws of economics still apply. A double-digit compensation floor that affects employees at businesses with single-digit profit margins is guaranteed to create unintended consequences, no matter the political climate in which it occurs. It’s a lesson that policymakers in San Francisco and elsewhere would do well to heed 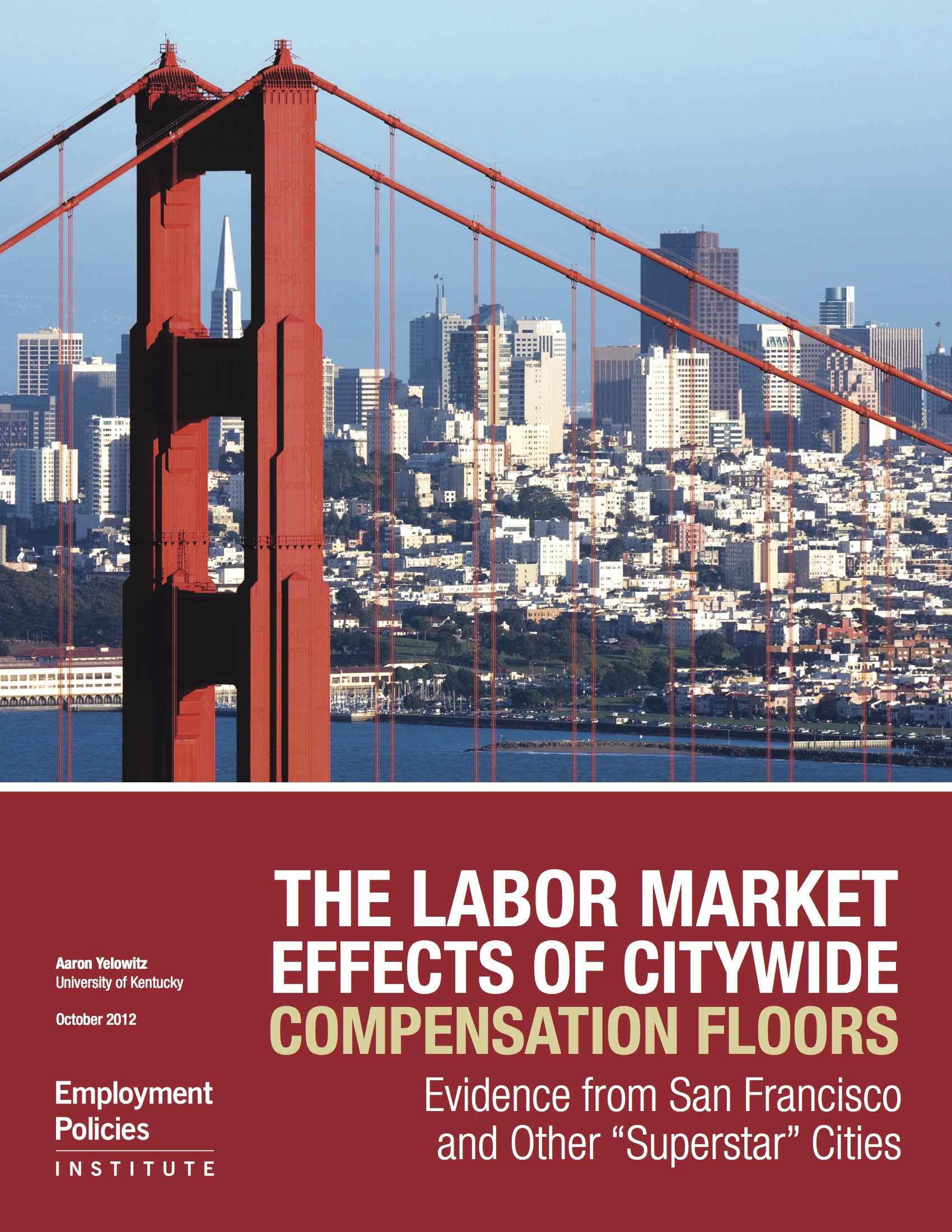