The US labor market has recovered slowly but steadily in the years since the Great Recession officially ended in June 2009. But for young adults between the ages of 16 and 19, the recovery has been tepid at best: In the five year period since the summer of 2008, youth unemployment has averaged a staggering 23.5 percent, and the seasonally-adjusted rate was still north of 21 percent as of this writing. These young adults are missing out on extra spending cash, but they’re also missing out on early workforce experience that could play a valuable role in future career development. In this new study, Drs. Christopher Ruhm of the University of Virginia and Charles Baum of Middle Tennessee State University examine data that spans three decades to measure the career benefits of early work experience. The economists rely on data from the National Longitudinal Survey of Youth (NLSY), which tracks the career progress of one group of respondents who graduated from high school in the late 1970s and early 1980s, and another group of respondents who were in high school around the turn of the millennium. This permits them to examine both the near-term benefits of early work experience (roughly 10 years after graduation) and the longer-term benefits of that experience (roughly 30 years after graduation). Carefully controlling for other family background characteristics that could impact subsequent career achievement, Drs. Ruhm and Baum find clear evidence that part-time work by young adults–both during senior year of high school, and during the summer months—translates to future career benefits that include higher hourly wages, increased annual earnings and less time spent out of work. Most importantly, the economists find that this career benefit of entry-level work persists in the long term: Young adults who graduated high school in the late 1970s and early 1980s and worked part-time during their senior year saw a career benefit 5-10 years after graduation—and the earnings differential still existed nearly 30 years later. Studying hourly wages, for instance, the authors find that these part-time employed high school seniors enjoyed a nearly 11 percent wage premium over their unemployed counterparts. Checking in when the respondents were in their 40s or 50s, the wage premium held up: The people who held a job in high school were still earning 9.4 percent more per hour. (More recently, high school graduates also enjoyed an hourly wage premium, although it was more modest at 3.6 percent.) The authors provide numerous other tangible data points that demonstrate the benefit: Drs. Ruhm and Baum demonstrate that these future career benefits are occurring specifically as a result of the career experience that’s gained in early work experience. Some commentators have referred to this as the “invisible curriculum” that makes you more attractive to future employers. Their results in this study suggest entry-level work—at restaurants, at grocery stores, at a local retailer—plays a significant role in career development. Especially in this current environment, policymakers should tread carefully before passing policies like significant increases in the minimum wage that put these positions further out of reach. 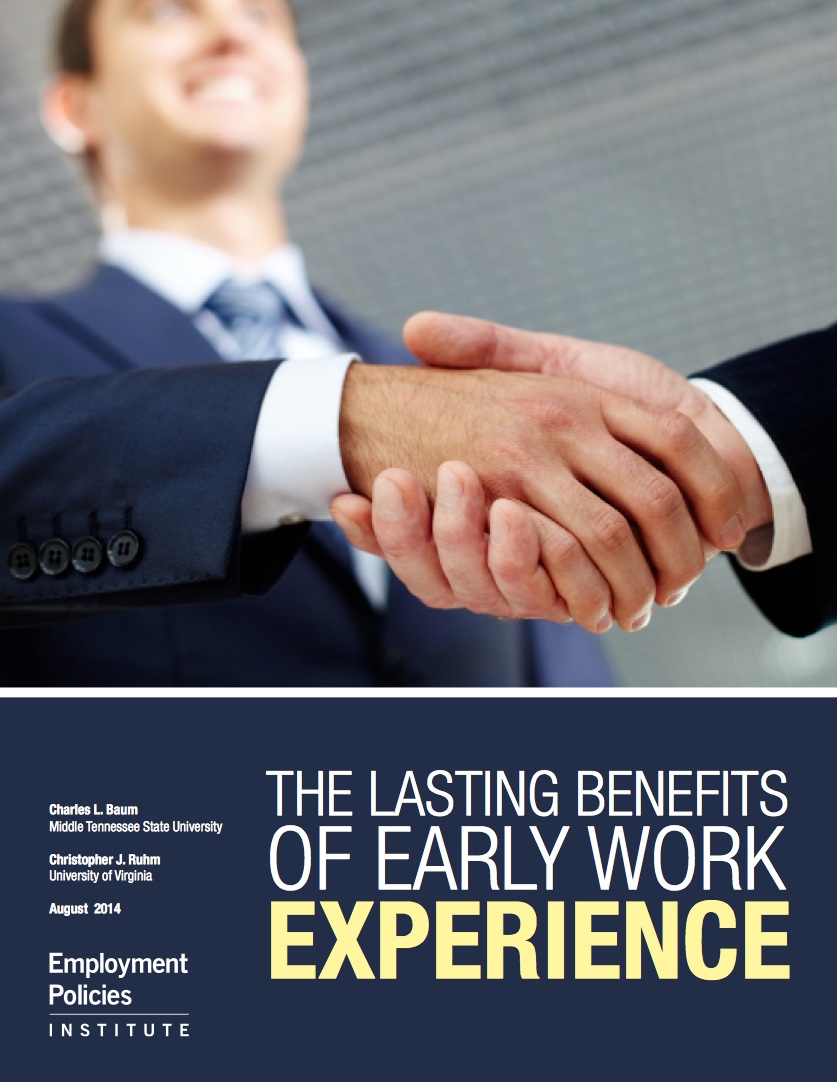