Home » Studies » The National Impact of a $15 Minimum Wage

The National Impact of a $15 Minimum Wage

President Biden and recent legislation have proposed more than doubling the federal minimum wage to $15, and raising the separate federal tipped minimum wage by as much as 600 percent. Rather than providing relief from the pandemic, the best economic evidence shows this proposal would worsen its consequences. This analysis is based on a 2019 methodology developed by the nonpartisan Congressional Budget Office, which estimated a loss of 1.3 to 3.7 million jobs from a $15 minimum wage. This updated analysis by economists from Miami and Trinity Universities reflects 2020 employment changes. This proposal will have significant negative economic impacts: To see the full study and data by state and demographic group, click here. 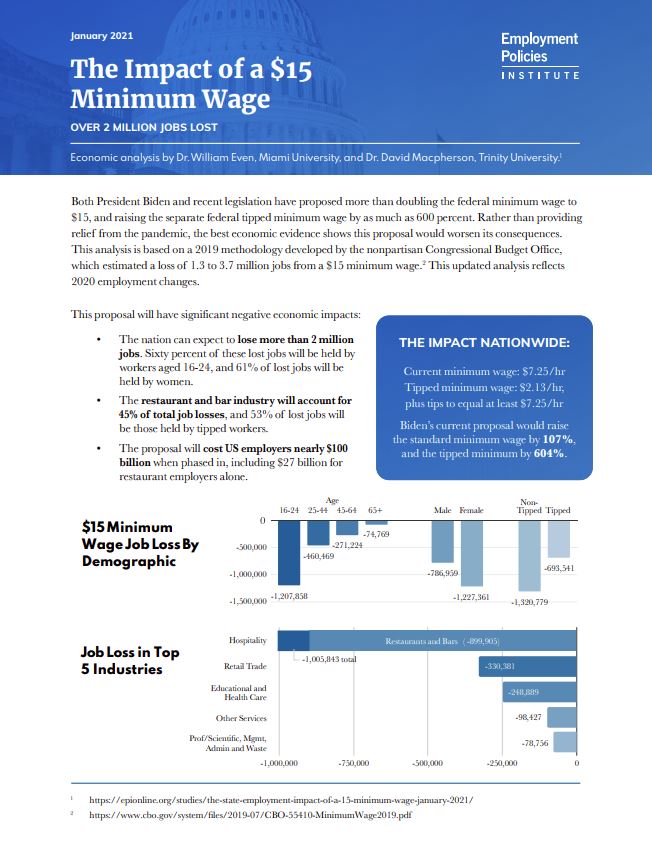